If you need help entering Vietnam at the moment, message us via our Live Chat or email.

Deciding to either move to Vietnam or not is one big decision, choosing which city to live in, is another. It’s not as easy as it sounds to simply book a flight, arrive, and expect a happily ever after. Because choosing your next home is an important part as much as knowing the budget for moving abroad.

You probably want to be close to the beach, or mountain, perhaps you love big cities and crowded markets. How about a city that is rich in culture but also lively and modern? There are a lot of factors to consider before hopping on that plane.

Vietnam is not just another country in Southeast Asia, there is something magnificent why hundreds or perhaps thousands of expats decided to move here. If you find yourself confused about which city you should live in, here is some insight into a couple of main big cities and towns in Vietnam. You should also read this guide on how to move to Vietnam.

TABLE OF CONTENTS hide
WHERE TO LIVE IN VIETNAM
North of Vietnam
Hanoi
Hai Phong
Central of Vietnam
Hoi An
Da Nang
Hue
​South of Vietnam
Nha Trang
Da Lat
​Mui Ne
Ho Chi Minh City
ARE YOU ON PINTEREST? SAVE THIS FOR LATER READ:

WHERE TO LIVE IN VIETNAM

Some expats would go for Hanoi, Ho Chi Minh City, or Hoi An. Do you prefer a city with good night life, or one that is children friendly? How about a smaller city or even a beach town? Find out below why these are one of the top and what are the other cities you should consider too.

The north of Vietnam is an excellent region for those who love to experience the more traditional culture of Vietnam. This is also the area where magnificent caves are located, lots of places to go hiking, and the winter season can be experienced.

The capital of Vietnam is not only attractive for tourists passing by, but expats who are planning to move to Vietnam also has Hanoi high on their list. The capital city is rich in culture despite the waves of travellers coming every year.

Hai Phong is located 100 kilometres east of Hanoi. It’s the main town for Halong Bay and Cat Ba Island. The town is small. However, it is often busy due to the number of tourists going to the islands.

The best perk of living in this town is how close it is to the beach. It’s perfect for those who want to live far enough from the big city of Hanoi and close enough to be able to go to the beach as often as you can.

The demands of jobs here are lower than the big cities, so are the wages. The job positions available are mostly for English teachers and some jobs in the tourism industry.

Personally, I feel like if you want to live very close to nature, central Vietnam is the place to go. In this area, you will be close to the beaches to enjoy, caves to explore, and mountains to hike.

If you are looking for a smaller city, close to the beach, and a very romantic one, Hoi An is the place for you. Its charm will make feel at peace and relaxed, the creative lanterns you will come across on the streets will take you to another world. Since it’s a small town, it’s very easy to meet both friendly locals and expats.

Known to be one of the best cities in Vietnam, Da Nang attracts expats who are looking for a nice beach life but quiet vibe. Expats with children and/or retiring choose Da Nang since it has its own airport which has flights to everywhere in Vietnam and even outside of the country.

Maybe Hue is only a small town for some travellers, but this town is actually pretty charming. The fact that Hue is not very far from the ocean, a lot of expats decides to live here and start a new life.

RELATED POST: How to apply for a Vietnam tourist Visa

South Vietnam is also a famous region for expats. It’s filled with beaches and mountains, but also a massive city for those who love the metropolitan vibe. It’s also just a few hours to Cambodia.

RELATED POST:  How to get around – Transportation in Vietnam

Da Lat is a small city located on top of a mountain. It’s one of the places in Vietnam the has the same weather and temperature (12°C-24°C / 53°F-75°F) all year round. This small city is popular to local tourists because if its amazing climate.

It is known as the flower city; the local government conduct a bi-annual festival to showcase the talent of the local flower farms. The festival lasts for 3-4 days. It’s a very busy place during TET or Lunar New Year (end of January or middle of February), and very impossible to get around. Apart from that, it’s pretty quiet the rest of the year apart from the weekends.

If you love water sports like kite surfing, Mui Ne is a great beach town. It’s also known for white and red sand dunes, and fishing villages. Since it’s on the backpacker’s trail, expect a big crowd of tourists every now and then.

Ho Chi Minh City is the biggest city in Vietnam. This city was called Saigon before which was only composed of district 1 and 3, today, Ho Chi Minh City is consist of at least 12 districts that are around Saigon. A lively city that can fill your craving for nightlife, loads of activities to do, and large expat group support.

TIP: While looking for an apartment, you may want to check out the best places to stay in Ho Chi Minh City

I hope this article helped you decide where to live in Vietnam. You may also want to check our article about pets in Vietnam, where we discussed the ways to bring your pets in Vietnam and other tips too. If you have any questions, leave them in the comment section below.

ARE YOU ON PINTEREST? SAVE THIS FOR LATER READ:

25 thoughts on “BEST CITY TO LIVE IN VIETNAM: Where To Live In Vietnam”

This site uses Akismet to reduce spam. Learn how your comment data is processed.

Move To Vietnam is a guide for expats who are planning to move to this magnificent country. Our goal is to provide the most accurate and updated information to our readers. We are writing articles all based on our own experiences from our travel adventures to the transition of moving and settling down in Vietnam. 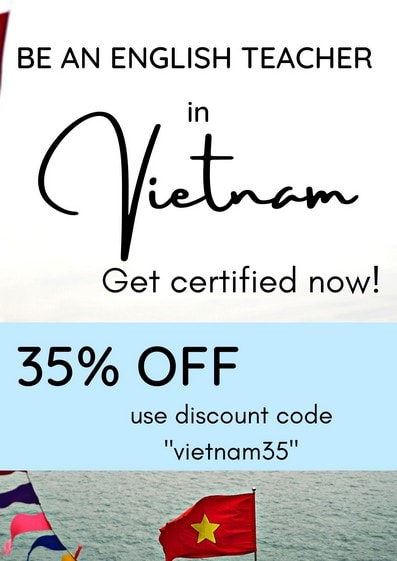 CHECK IF YOU NEED A VISA

GET OUR FREE MOVING TO VIETNAM CHECKLIST

This website uses cookies to improve your experience while you navigate through the website. Out of these cookies, the cookies that are categorized as necessary are stored on your browser as they are essential for the working of basic functionalities of the website. We also use third-party cookies that help us analyze and understand how you use this website. These cookies will be stored in your browser only with your consent. You also have the option to opt-out of these cookies. But opting out of some of these cookies may have an effect on your browsing experience.
Necessary Always Enabled
Necessary cookies are absolutely essential for the website to function properly. This category only includes cookies that ensures basic functionalities and security features of the website. These cookies do not store any personal information.
Non-necessary
Any cookies that may not be particularly necessary for the website to function and is used specifically to collect user personal data via analytics, ads, other embedded contents are termed as non-necessary cookies. It is mandatory to procure user consent prior to running these cookies on your website.
SAVE & ACCEPT